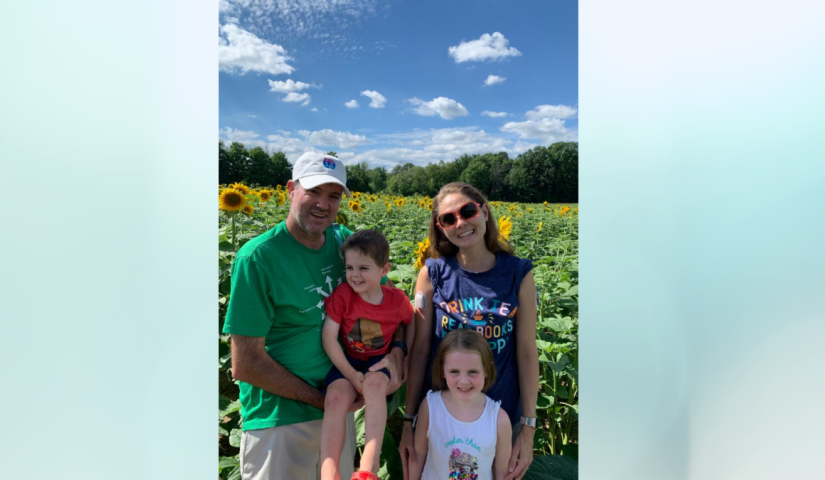 The Gilchrist family loves to read. When Emmie (pictured bottom right) was first diagnosed with T1D at age 4, Amanda asked her school librarian for all the books that had characters with T1D. There weren’t a lot. Now, when Amanda and Emmie meet authors (in person or online), they ask them to put characters with T1D into their next stories. Amanda says, “Whenever a new book by the author comes out, we always look to see if someone with T1D made it into the story.”

This second-grade teacher had a lot to learn about type 1 diabetes; now she’s advancing research and helping others do the same

Amanda Gilchrist got a crash course in type 1 diabetes (T1D) when her young daughter was diagnosed with the disease in 2020. But her diabetes education didn’t stop there. A year later, she learned that she, too, has T1D.

The good news is that both Amanda and her daughter Emmie, who is now six, have learned to manage their diabetes while helping others.

Amanda’s introduction to T1D came when Emmie woke up with blue lips. They took her to the local ER, where they were shocked to learn Emmie’s blood sugar was over 500. She was taken by ambulance to Boston Children’s Hospital. There was no known history of T1D in their family.

To learn more about the disease, Amanda took 12 weeks off from her teaching job. “I dove into everything type 1 that I could find and joined every JDRF Zoom call possible,” she said.

During one JDRF call, she learned about the pressing need for people to participate in in T1D research. “A lot of studies don't get completed because they don't have enough participants,” she said. “I thought that was just wild, given how many people are out there with T1D and how we want to move research forward.”

Amanda searched for studies on clinicaltrials.gov, a database maintained by the National Library of Medicine at the National Institutes of Health. Emmie joined several research studies, including one that tested continuous glucose monitors (CGMs) and one that tested a tandem algorithm pump.

Amanda also attended JDRF’s TypeOneNation Virtual Summit. That’s where she learned about TrialNet screening for relatives of people with T1D, who are 15 times more likely to develop T1D than the general population. Both she and her husband were negative for diabetes-related autoantibodies. Their son was only 1 1/2 at the time, and too young to be tested. He was screened as soon as he was eligible.

In 2021, Amanda asked her doctor to test her A1C as part of a routine medical exam. This test would show her average blood sugar level over the past 2-3 months. Amanda’s score was 5.7 percent, which was at the low end of the range for prediabetes. But at age 36, and with no other risk factors for type 2 diabetes — and given Emmie’s recent diagnosis — her test result concerned her.

Amanda’s husband suggested that she use their daughter’s old CGM transmitter to check her blood sugar levels. When the CGM showed irregular blood sugar levels that spiked after meals, she tried to find an endocrinologist. When no one had an opening, she shared the results with Emmie’s pediatric endocrinologist. He referred her to a colleague who ordered an autoantibody test. It came back positive for one autoantibody, which combined with her blood glucose levels, led to a T1D diagnosis.

Amanda started looking for a clinical trial for herself and remembered hearing that TrialNet offers studies for people newly diagnosed. She contacted Joslin Diabetes Center in Boston, her closest TrialNet clinical center. That’s where she found out about the TOPPLE study.

TOPPLE (Tolerance Using Plasmid in People with T1D) is a Phase 1 study that is testing the safety and dosing of a new plasmid therapy. A plasmid is a relatively new way to carry treatment directly into cells where it can communicate with the immune system.

Early lab studies show the treatment being tested in the TOPPLE study might retrain the immune system to stop its attack on insulin-producing beta cells. If this research proves safe, TrialNet plans to conduct a larger study to see if the treatment can slow down or stop T1D in people at high risk.

Amanda joined the TOPPLE study in April 2022. “It was a really big step for me,” she says. “I had to spend three nights at the hospital, and I had never been away from my children for that long.” 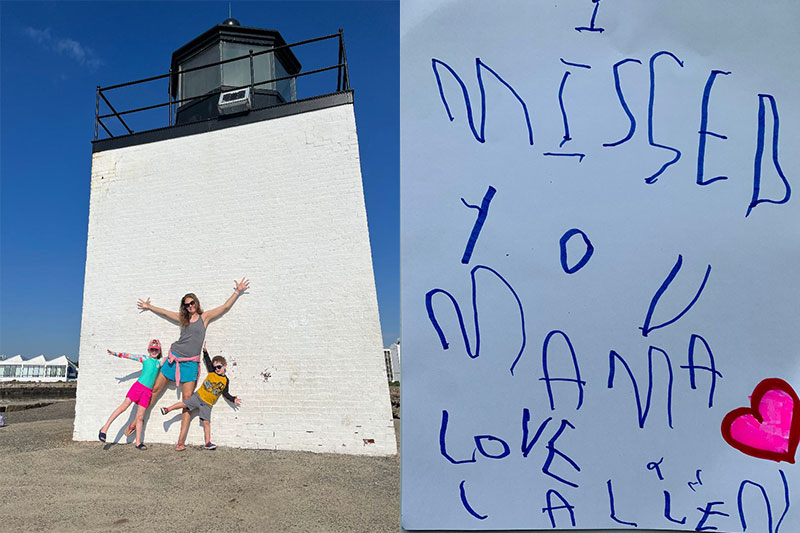 During her hospital stay, Amanda received an injection of either the plasmid therapy or a placebo (looks like the study drug but is inactive), followed by a 48-hour observation period. Because this is a double-blind study, neither Amanda nor her research team will know if she got the study drug until its over.

“Although I had to be away from my family and students, everyone was supportive,” says Amanda. “They were excited for me to be part of science. During the observation period, I would Facetime my family and my students. It was really interesting for them to learn about the process.”

“This was my first experience with a therapeutic trial,” she said. “I was surprised by how much work is involved for the research team, the amount of data collection and the length of time these trials take.”

These days Amanda is helping other families get involved in research as a JDRF clinical trials volunteer educator. “When you’re first diagnosed with T1D, you’re in flight or fight,” she says. “You’re taking in so much information, and you don’t even know trials exist. I help families who want to get involved in research but don’t know how to get started. I want to spread the word and get other people involved. Without trials we’re not going to get to the next big thing. Other people paved the way for me, and I want to help get to the next level of science.”

How to get involved in T1D research

If you’ve had a T1D diagnosis in the past 48 months, you may be eligible to join the TOPPLE Study. Now enrolling adults (ages 18-45) at 16 sites across the U.S., this study is testing the safety and dosing of a new plasmid therapy. Plasmids deliver treatment directly into cells where it can communicate with the immune system. Earlier studies in the lab show this plasmid therapy might be able to teach the immune system to stop its attack on insulin-producing beta cells. This is the first study to test this particular plasmid in people. That’s why it’s called a Phase 1 study. To learn more or to find out if you qualify for eligibility screening, visit trialnet.org/topple.

If you have a relative with T1D, you’re in a unique position to help researchers learn more about the disease and how to prevent it. TrialNet risk screening can detect T1D years before symptoms appear. Learn your risk with one of three convenient screening options:

If your screening results detect the early stages of T1D, you may be eligible for monitoring and clinical studies to try change the course of the disease. And you’ll be connected to a network of leading T1D clinicians who will be with you for the entire journey—from screening to studies and beyond. Learn more or sign up today at trialnet.org/participate. 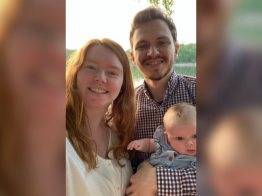 Adam Brooks, pictured here with his family, was diagnosed with T1D in 2018. He was the first person to enroll in TrialNet’s TOPPLE study at the Vanderbilt Eskind Diabetes Clinic. Adam Brooks’ type 1 diabetes (T1D) journey started with common symptoms of increased thirst and urinat... Read more 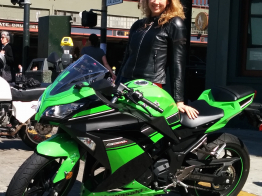 Meet Lindsay Tyson—living boldly in the air, on land, and involved in T1D research

If you live in the San Francisco Bay area, you might see Lindsay Tyson cruising around town on her green Kawasaki Ninja motorcycle. Or you could catch her doing flying trapeze at the circus school, where she teaches in her spare time.  ... Read more 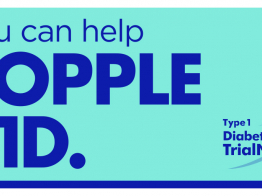 TOPPLE: How great discoveries are made

TrialNet Phase 1 Study: Tolerance Using Plasmid in People with T1D  If you’ve heard about TrialNet’s phase 1 study testing the safety of a new plasmid therapy for the first time in people, you may have wondered&... Read more
Get in Touch