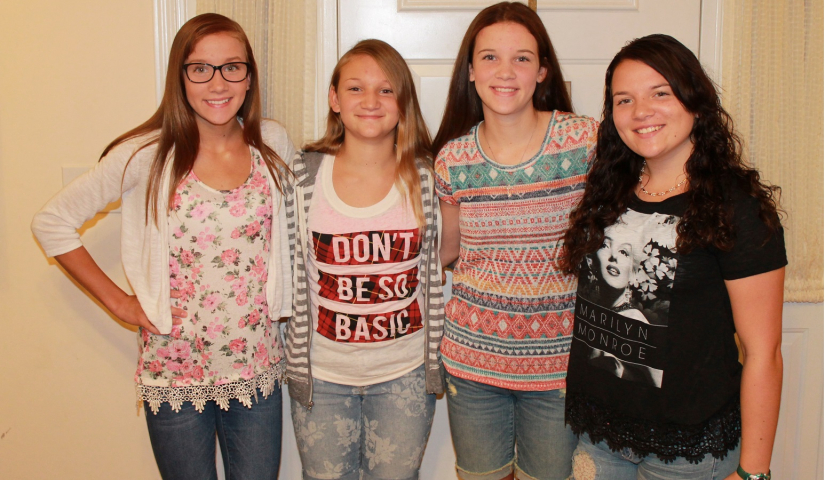 Growing up with TrialNet — Screened as children and now in their 20s, two Abatacept Prevention Study participants share their stories

As we near the release of findings from the Abatacept Prevention Study, two participants share how their experiences in TrialNet research helped shape their futures.

Hollie was 9 years old when her 11-year-old sister, Paige, was diagnosed with T1D. “Paige got really sick and had to go to the hospital,” explains Hollie. “They were talking about airlifting her to another hospital, but they were afraid she might not make it. There was no known history of type 1 diabetes in our family, but after Paige’s diagnosis my whole family got screened by TrialNet.”

With two other sisters (a twin and a younger sibling), Hollie was the only one whose results came back positive for T1D autoantibodies. That’s when she joined TrialNet monitoring, visiting a TrialNet site every 6 months for a checkup and blood tests.

“I was used to getting my blood drawn because when I was 4, I was diagnosed with Hashimoto’s (an autoimmune disease that attacks the thyroid gland). Getting a blood test every 6 months wasn’t really a big change for me.”

In 2014, when Hollie was in 7th grade, she joined the Abatacept Prevention Study at Vanderbilt University in Nashville. “My parents wanted to know if there was a way to prevent me from getting type 1 diabetes,” said Hollie. “I wanted to help with the research. Participating in the trial for the last eight years has been fun. I always enjoy seeing the nurses and Dr. Russell.”

A TrialNet Principal Investigator, Dr. William Russell directs the Children’s Diabetes Program at Vanderbilt University. He is also the Lead Investigator for the Abatacept Prevention Study.

“The nurses who draw my blood are always kind and welcoming. It’s never been scary. The worst part was drinking the sugary drink for the oral glucose tolerance test (OGTT). For the first few years, I drank the orange flavor and dreaded it every time. Eventually I learned that there were other flavors and that lime is much better.” 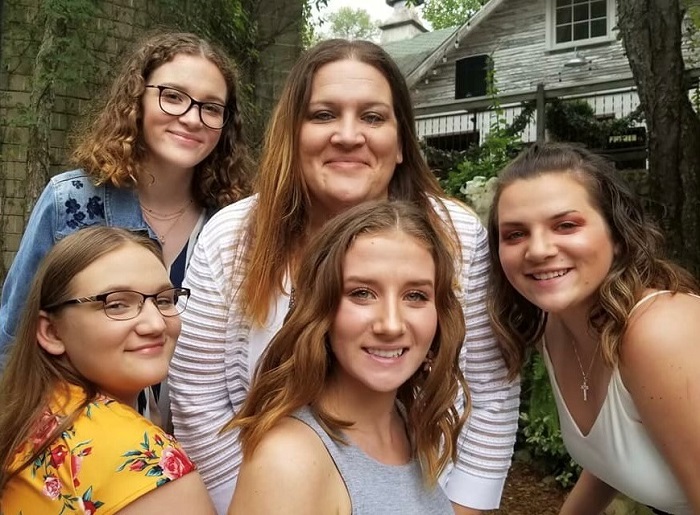 Now 21, Hollie is a senior at the University of Alabama at Birmingham working toward a nursing degree. She was recently named to the President’s List for earning a 4.0 GPA.

“When I first started college, I wanted to go to medical school, but I soon realized that organic chemistry and physics weren’t for me,” says Hollie. “So, I decided to work toward nursing instead.”

Hollie says she doesn’t have a feeling one way or another about whether she was in the treatment group. “I try not to think about it too much,” she said. “If I didn’t get the drug, it doesn’t bother me. It’s just cool to be part of something like this.”

To others who have the chance to take part in T1D research, Hollie says, “It’s great to be able to contribute to something that could potentially save people from getting type 1 diabetes. I would recommend it to anyone who has the opportunity. It took so little time, I met so many people, and you really contribute a lot.”

Growing up alongside three siblings with type 1 diabetes (T1D), Zack Numark says he felt blessed not to have it.

Zack’s older brother was diagnosed at age 2 1/2, while his two younger sisters were diagnosed at ages 7 and 12. He remembers, “At times it was scary because you never knew when someone was going to have an extreme low or high (blood sugar). My parents were counting carbohydrates for three kids and giving insulin shots. I grew accustomed to being around shots.”

Zack was first screened by TrialNet when he was 3 years old. That was more than 20 years ago — when TrialNet was originally created to continue important research from the Diabetes Prevention Trial (DPT-1). When Zack’s test results came back positive for T1D autoantibodies, he began being monitored for disease progression at the University of California San Francisco (UCSF) Diabetes Center.

In 2013, Zack joined TrialNet’s Abatacept Prevention Study. Although he was only 16 years old at the time, he says the decision was easy for him. “If there was a way I could help researchers learn more about the disease and how to prevent it, that was all I needed to know.” 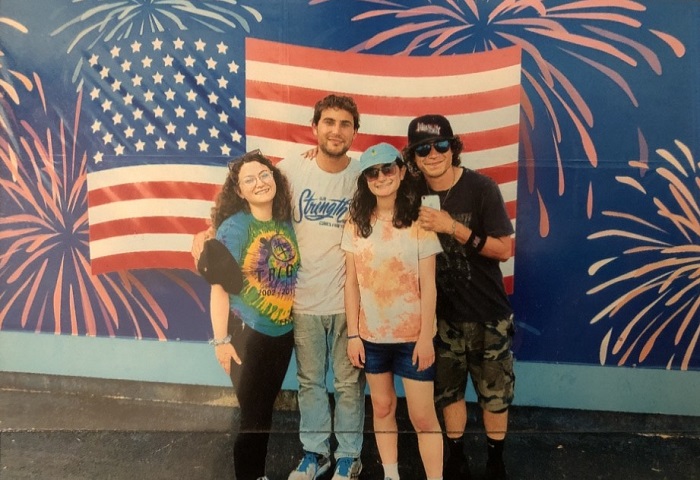 In the treatment phase of the study, Zack had a total of 14 infusions in 12 months — three in the first month, then monthly for the rest of the year. In the follow up phase, he returned twice a year for tests and monitoring.

“I’ve been periodically coming to UCSF over half my life for blood draws and OGTTs (oral glucose tolerance tests),” Zack recalls. “These people have become my second family; Dr. Gitelman is a mentor of mine.”

Zack says, “Given that I haven’t developed type 1, my parents thought I got the study drug all along, and that it likely stopped the disease’s development. However, this is a double-blind study for a drug still being researched, so I have no idea. But I’d be lying if I said I wasn’t curious.” 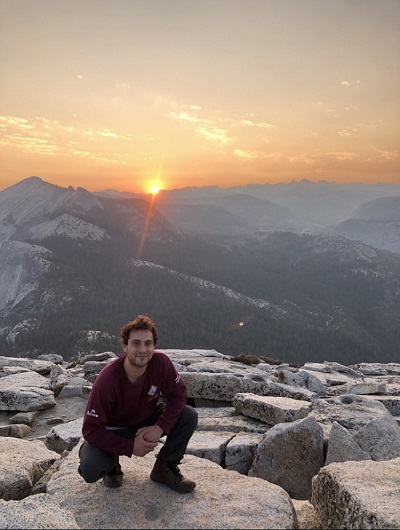 Zack, now 25, loves sports and all things in the great outdoors—hiking, camping, backpacking, and fishing, to name a few. He also enjoys cooking, eating healthy, and keeping active. Currently working toward a bachelor’s degree in Molecular and Cellular Biology, Zack’s goal is to pursue a career in T1D research.

“About a year ago I had an epiphany,” explains Zack. “For so long, I didn’t know what I wanted to do in life. But then I realized the answer had been in front of me the whole time. I want to find ways to make the lives of my siblings, and all those affected by type 1, easier.”

“I’m enjoying my science-based classes and want to continue on that path. My dream job would be working in clinical trials, like Dr. Gitelman, or being in the lab doing personal research. Whatever it is, I’d like my career to focus on preventing, treating, or curing type 1.”

Soon Zack and Hollie, as well as the 210 other participants in the Abatacept Prevention Study, will learn whether they received the study drug or placebo. They’ll also find out how their participation helped researchers learn more about the study drug and T1D disease progression.

Every TrialNet study gives us critical information that moves us one step closer to our ultimate goal: a world without T1D. With the help of hundreds of thousands of study participants, TrialNet research has led to significant discoveries, including:

The STOP-T1D Prevention Study is scheduled to open for enrollment in early 2023. This study will test a low dose of the immunotherapy drug anti-thymocyte globulin (ATG) to see if it can delay or prevent T1D in people ages 12-35 who have a 50% risk of clinical diagnosis (stage 3) within 2 years. Risk is defined by having two or more diabetes-related autoantibodies and abnormal blood sugar levels (stage 2), plus at least one high-risk marker (based on test results).

Take the first step on the Pathway to Prevention

If you have a relative with T1D, you’re in a unique position to help us learn more about the disease and how to prevent it. Offered through the TrialNet Pathway to Prevention Study, risk screening can detect T1D years before symptoms appear. Learn your risk with one of three convenient screening options:

If your screening results detect the early stages of T1D, you may be eligible for monitoring and clinical studies to try change the course of the disease. You’ll be connected to a network of leading T1D research clinicians who will be with you for the entire journey—from screening to studies and beyond. 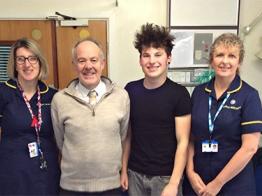