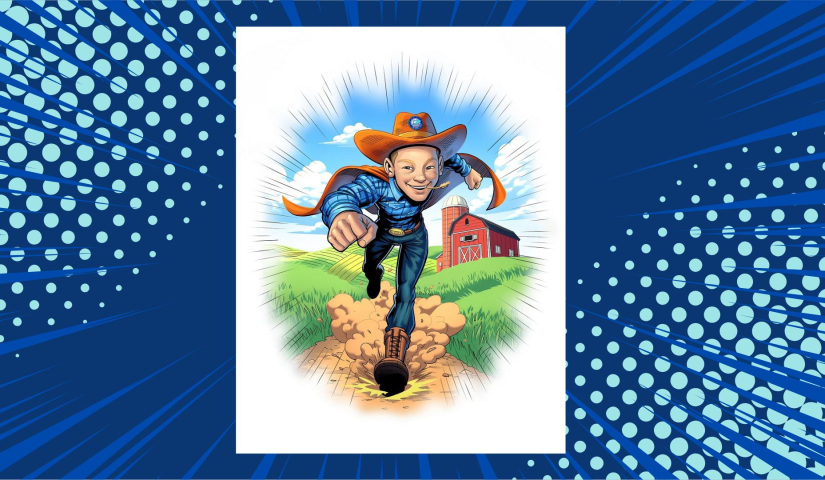 Meet Luke: Puffs of dust swirl in a path around the barn. The chickens stir, ducks wobble forward, sheep bleat, and the pony snorts in response to a soft whoosh of air. It’s 8-year-old TrialNet hero Luke running at hyper speed to complete his chores before the start of the school day.

Luke tested positive for autoantibodies for type 1 diabetes (T1D) through TrialNet's Pathway to Prevention Study when he was 4 years old. Ever since, he’s been making the annual 5-hour trip to the Barbara Davis Center in Aurora for monitoring – even though it could be years before any T1D symptoms show up. So, the next time you feel a breeze, look to see if it's Luke racing around the earth or returning to his farm after a check-up.

When you think of someone who’s an entrepreneur, farmer, or philanthropist, an 8-year-old boy probably doesn’t come to mind. But, Luke Sorensen, of Sanford, CO, is all that and more, earning him TrialNet hero status.

A monitoring participant in the Pathway to Prevention Study, Luke uses his study stipend to help others and expand his farm animal collection.

“He wanted to make dog beds for the local animal shelter,” explains Mom Keri. “I don’t know where that idea came from, but, of course, we ended up with a dog when we dropped off the beds.” 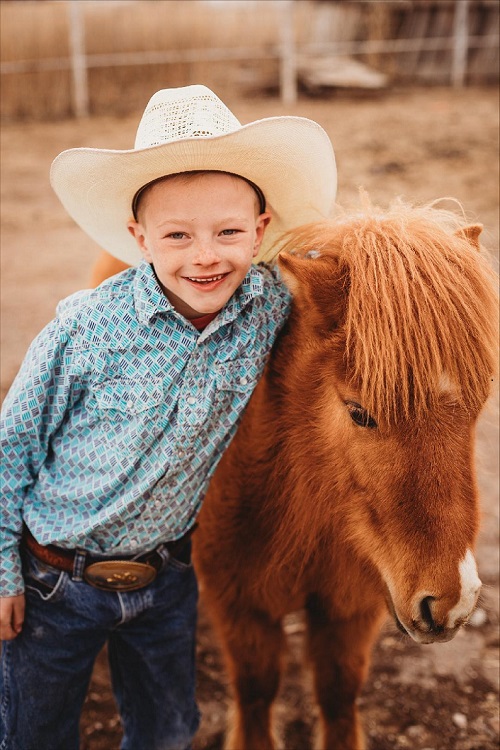 “Then he bought more chicks for his chicken coop,” says Keri. “He wanted Americana chicks because they lay green eggs.” Currently, Luke has 22 chickens, 2 ducks and one pony named Sister, and he sells eggs to his neighbors. Now, he’s saving his money to buy sheep.

Being a young TrialNet study participant doesn’t slow Luke down a bit. If anything, it has fueled his passions.

Keri explains, “Since he was very young, Luke has said he wants to be a farmer when he grows up. My dad has cows, pigs and goats, so he’s been around farming his whole life. He even opted to stay home from a family vacation so he could watch over one of the goats who was ready to deliver.”

Keri first heard about TrialNet back in 2008 when she was diagnosed with type 1 diabetes (T1D) at age 15.

“No one else in my family had T1D and it was a big shock to us,” says Keri. “The staff at the local hospital told us about TrialNet and offered to screen my three brothers.”

Fast forward to 2014 when Keri had her first child, Luke. She recalls, “I wanted to know his T1D risk and do whatever we could before a diagnosis. As soon as he was eligible, we took him to be screened at Barbara Davis Center (University of Colorado).”

His test results were negative, and they returned every year around Luke’s birthday to have him rescreened.

In 2018, when Luke was 4, his test results came back positive. “I was about to have a baby, and since we live 5 hours away from Barbara Davis, it was several months before we could go back for further testing,” explains Keri. “That’s when we learned he was positive for two autoantibodies.”

Keri says, “I told him that meant he could get T1D like me, and he was like, ‘Okay, so I could be like you.’ He’s seen me dealing with T1D his whole life, so it’s normal for him. I’ve had to train him to call 911 if I pass out, so he understood. He’s very intuitive.”

Luke enrolled in monitoring, which involves visits to Barbara Davis, first every six months, now once a year. At each visit, he gets a blood test to check his T1D risk status. He also has an oral glucose tolerance test (OGTT) to measure his body's response to glucose (sugar).

What is an OGTT?

An oral glucose tolerance test (OGTT) measures how the body uses glucose (sugar) over time. To prepare, you fast (nothing to eat or drink) for 8 hours before the test. At your appointment, a sample of blood is taken from a vein in your arm. This blood sample is used to measure fasting blood glucose level. Then, you drink a glucose (sugar) drink, and two hours later, another blood sample is taken.

For now, Luke has no T1D symptoms and his risk level has not changed. While he dreams of growing his farm, Mom just dreams of continuing to have a healthy growing boy. She’s hoping that Pathway to Prevention monitoring will help make both their dreams come true.

It all starts with TrialNet risk screening that can detect T1D years before symptoms appear. You can learn your risk with a free in-home test kit delivered to your door. All you need to do is collect a blood sample using a fingerstick and send it back using pre-paid, contactless FedEx pick up.

If you prefer, you can order an in-lab test kit to take to a local lab for a blood draw. Or you can schedule a blood draw at one of TrialNet’s many locations. Sign up today at trialnet.org/participate.